Normally our Alpaca routine is a twice a day affair. Around 7:30 am and again before 7:00 pm to fit in with our other commitments.  This isn't really a chore.  Of course there is the company of the boys with their special welcomes, but if kisses from Dougal don't please,  then the shed is fitted with Radio 4 and the boys like to catch up with world events in the morning and the Archers in the evening.

It may not be a chore, but it isn't ideal either.  The boys take themselves to bed at dusk and in deep mid winter its dark for both the morning and evening feeds. This means that sometimes they are settled down in the shed so we may have to rouse them and that can lead to moaning from Noah who had become 'grumpy uncle Noah' now the little ones have pushed him down the hierarchy. 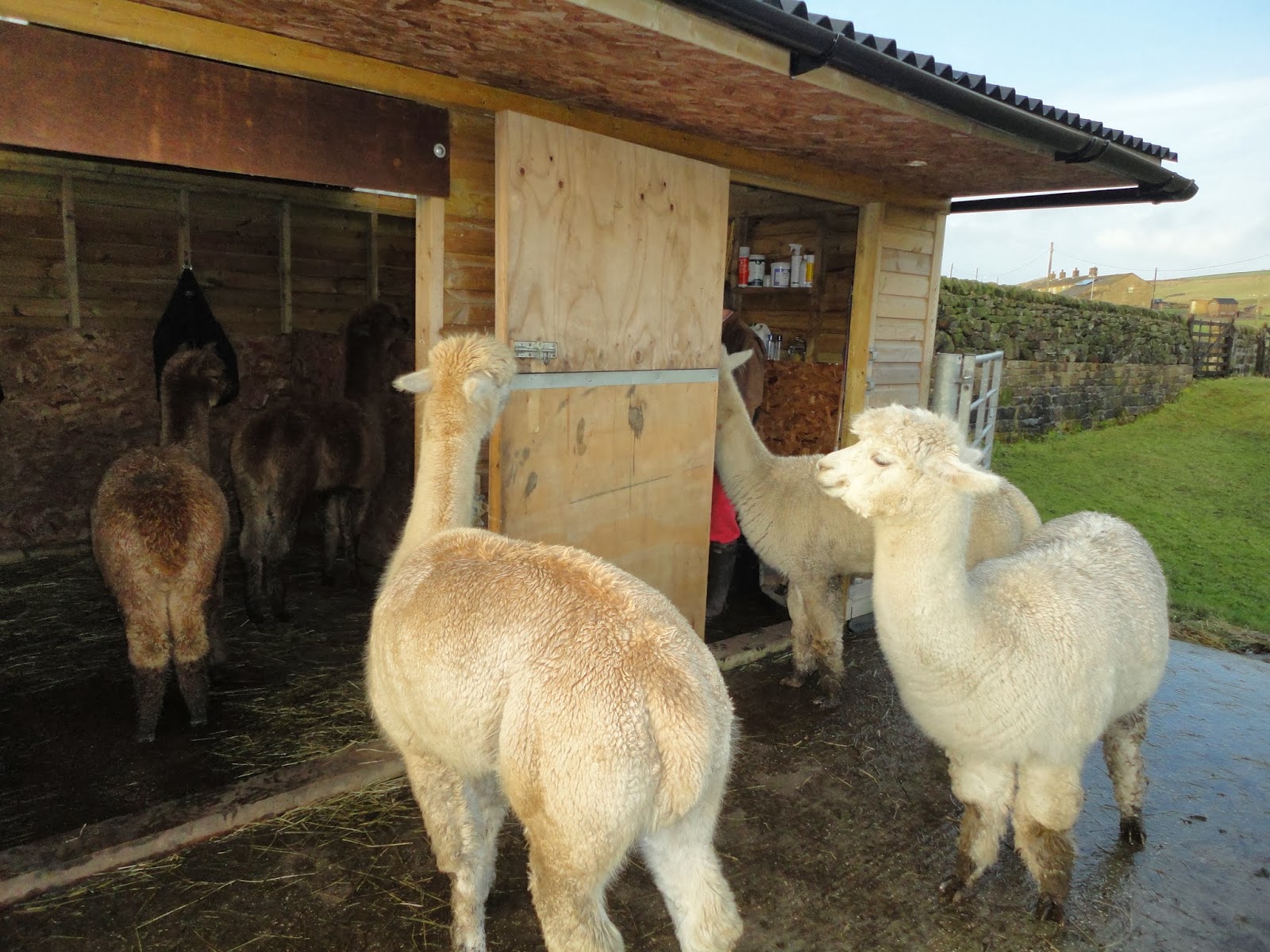 The break also means that we have a few more able helpers from time to time. Edward came to stay with his sister and was straight down the shed to grab a rake.  I am not exactly sure what Dougal was whispering in his ear ! 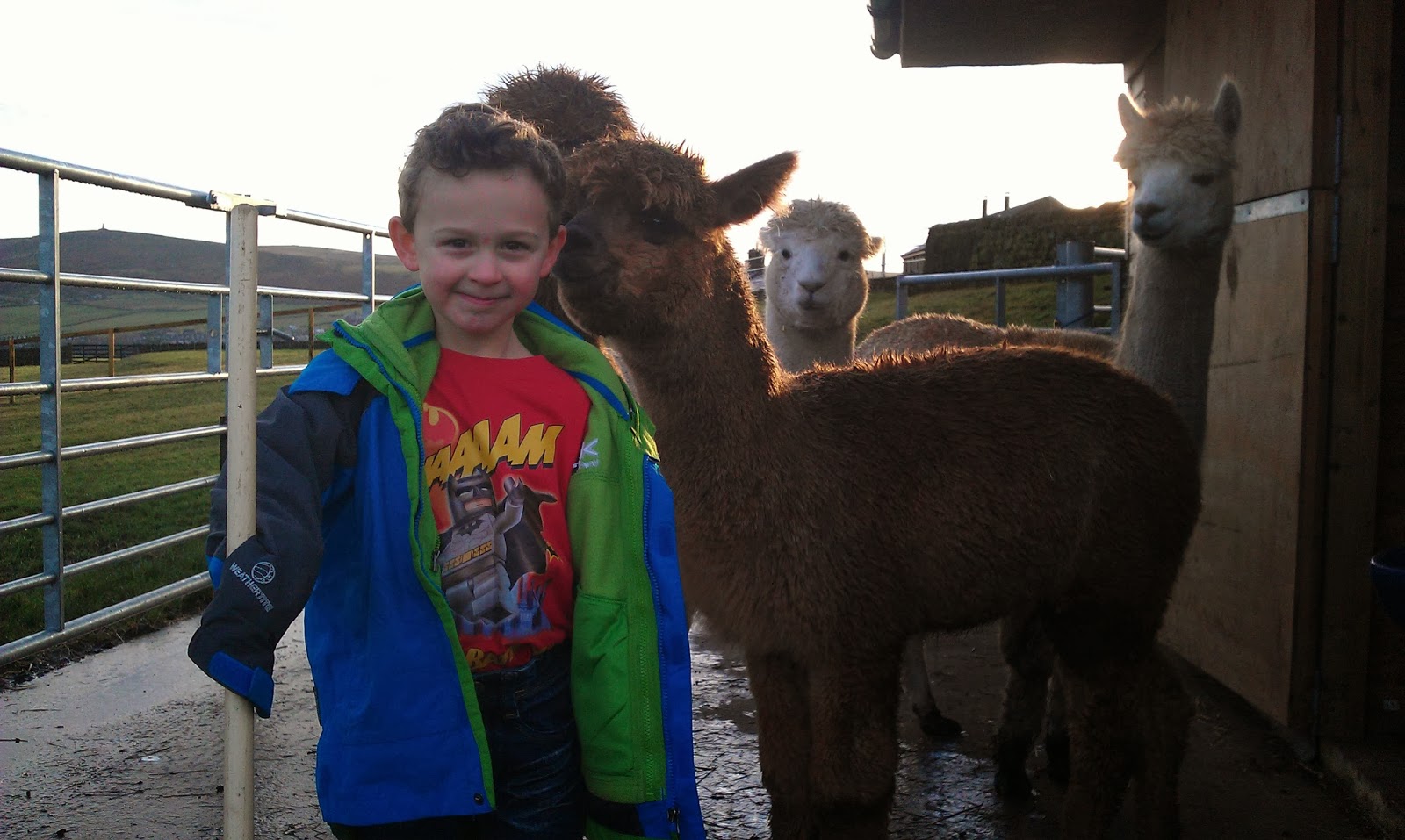 Whatever it was , it was hilarious ! (Probably a poo joke -Edward and Dougal both seem to think this is a funny subject matter).  Fin was keeping out of it. 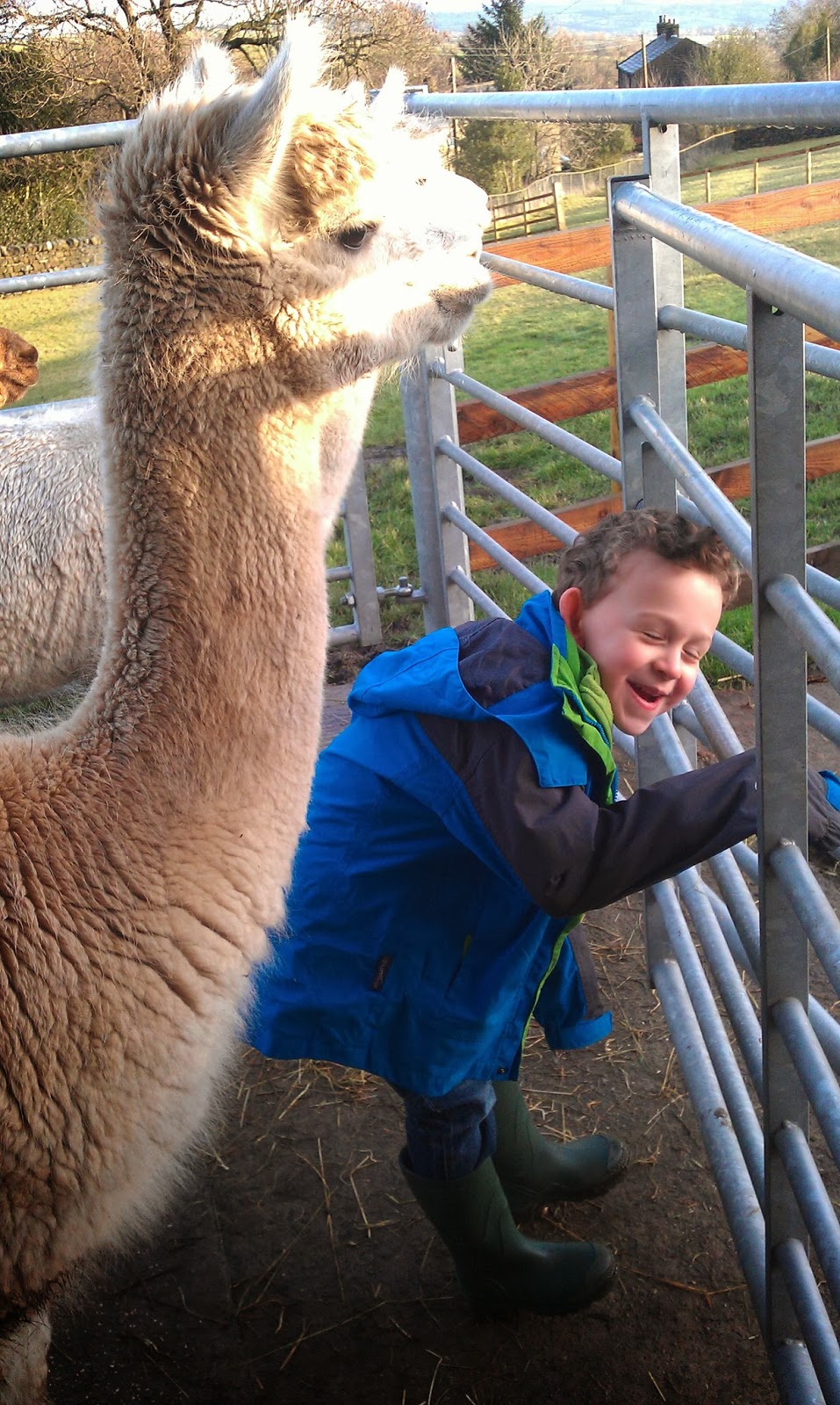 It would seem Dougal was not the only one to whisper sweet nothings to the Kids.  Here Noah is having a quite word with Katie, Edward's big sis. 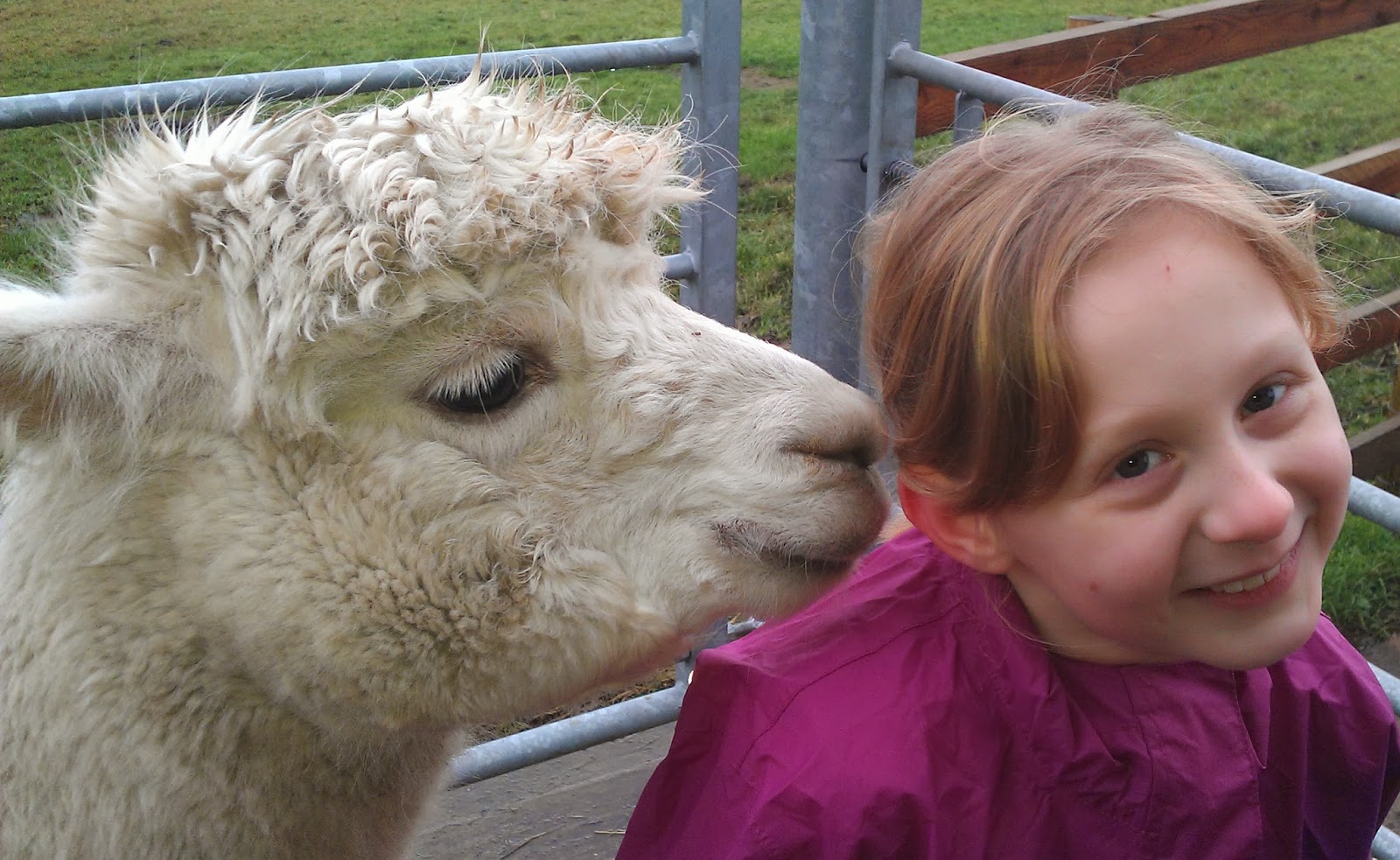 While recognizing it is not always possible to be at one's best in in these muddy times, we do feel that the boys have rather let themselves go a little lately.

Time for action, so with no expense spared we called in .. the 'Style Councilors'.   Heather and Clara. 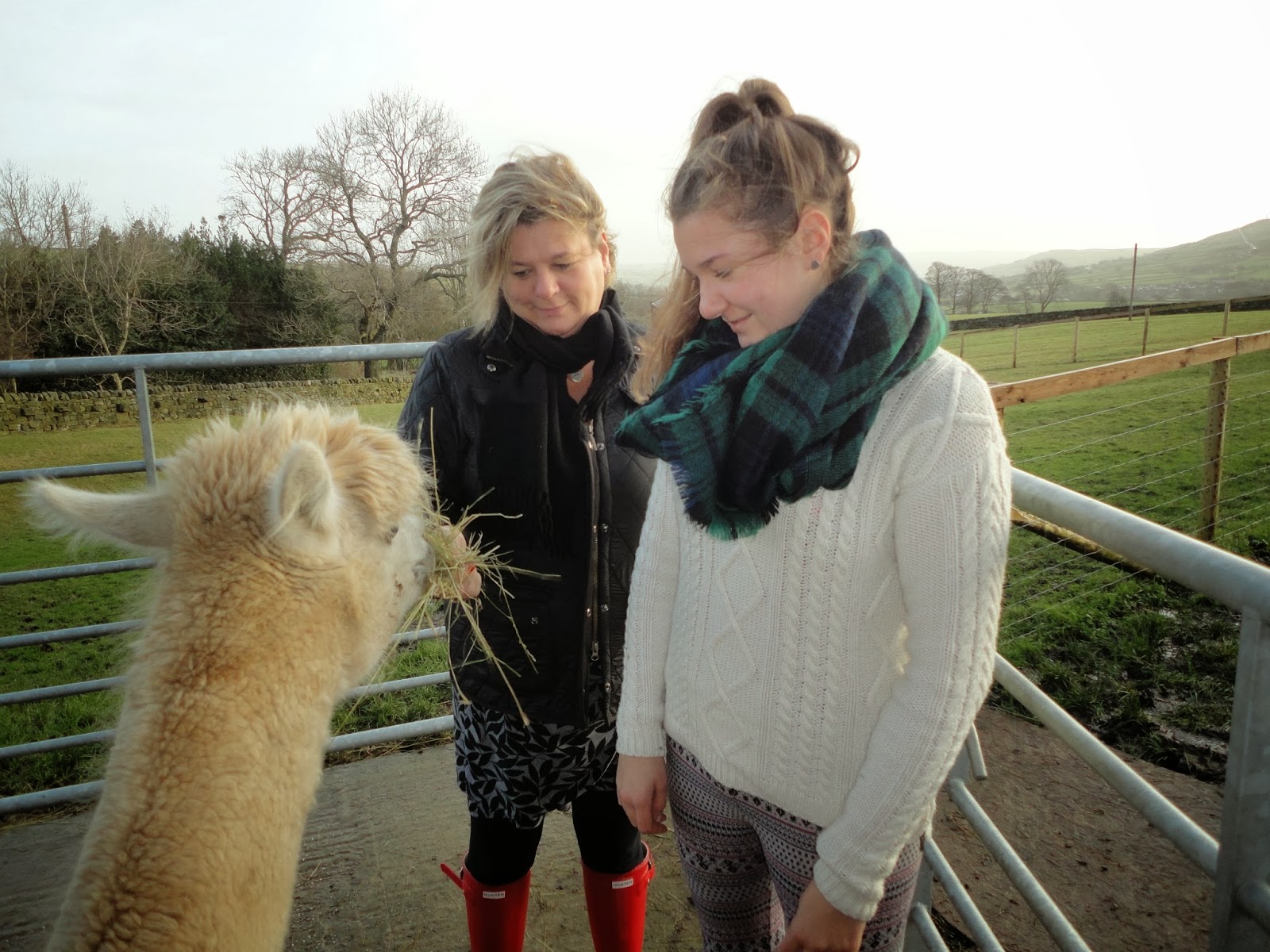 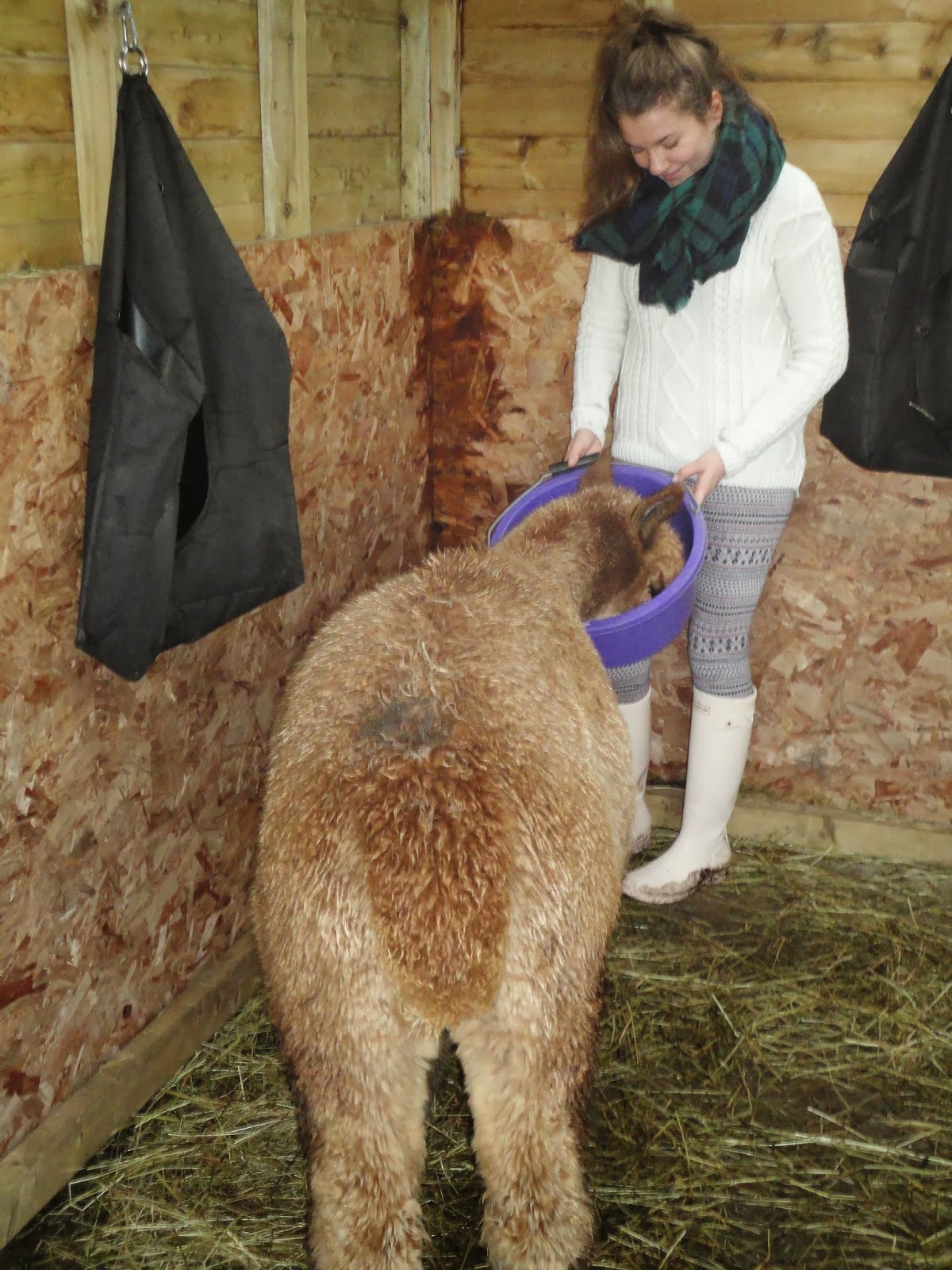 Clara didn't shy away from the yuckiest of chores and managed to keep herself spotless throughout . Helping Hamish eat breakfast isn't exactly onerous - but I thought best avoid the detailed pictures of the mucking out !

In the next blog we shall be examining the likes and dislikes of the herd with respect to the Radio 4 schedule. Bet you cant wait !