I resolved not start this blog with an apology about not blogging.  That's not news and no one wants to spend time reading. it. We tend to keep our heads down in birthing season as our news always seems quite pedestrian compared to tales of colostrum and plasma and prolapse and photos of pronking young cria. This doesn't mean  that nothing has happened, just nothing that compares to the alpaca version of 'one born every minute'.

When we left off Dougal had an abscess the size of a golf ball on the side of his head.  This was worrisome and despite treatment wasn't getting any better for a while.  Thinking something wasn't quite right we double checked the dosage of the anti-biotic and found we had been prescribed half the dose known to be effective. This means we were at least two weeks down into the infection (probably more) and poor wee Dougie was getting fed up with being jabbed every other day.   We kept it up for another 3 weeks and we are happy to say we had good results.  I have been keeping a close eye on  his jaw ever since and all seems well with no obvious jaw line damage to be felt. 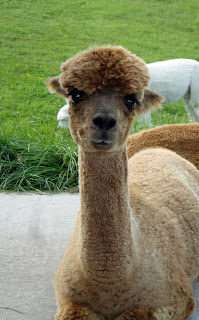 Our summer herd hand this year was Phoebe who made her way from Austin, Texas all by herself to help us tend to the boys (and do a few extra-paddock activity such as go to London , Cumbria , Scotland , the Roman Wall , the Yorkshire dales). 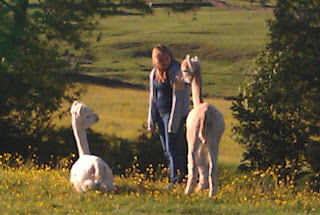 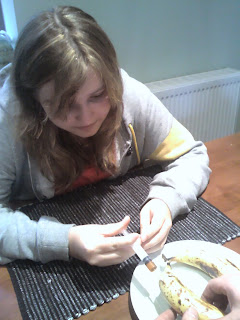 Hamish, our other new arrival, romped ahead growing into a fine young chap and for a while left Dougal standing.  I am not sure if this is because of the infections and antibiotic or just because it's the way of things but whatever the cause Dougal is making up for lost ground now. 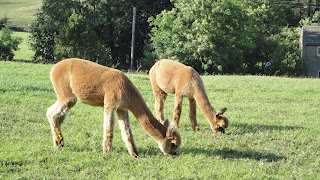 One concern about Dougal's development was that his err, 'tackle' was small, or rather, non-existent.  Admittedly this is a purely hypothetical concern.  He wont get a chance to use whatever he grows , and it wont be with him for that long anyway.  But here at Lane House we take pride in having an elite collection of second rate males so we were just about to spend time researching the ATD (average time to drop) when all of a sudden there they were.  Phew.  An emergency celebration down the local curry house was called for, where we ate the traditional pudding in such circumstances ! 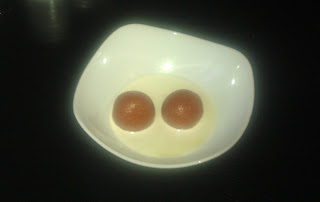 Its not all about the little guys.  The big boys are still close to our hearts and they continue to amuse amaze, entertain and relax. 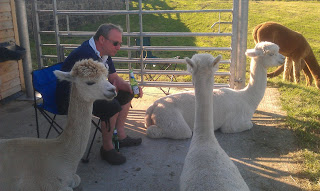 Down with the boyz

Another reason for not blogging too much is that the weather has been so hot that we just really want to yawn and flake out in the shade.

The herd dynamic is just that.  It is constantly subtly shifting. Finian is still the boss of the paddock and whenever I go into the field he will turn sideways and posture with a straight back and tail out.  He can't keep it up though and as soon as I hold his gaze for more than a few seconds his ears drop and he gives up on macho.  Since the little guys arrival Noah has decided he needs to learm the same posture.  Its a bit like looking at Dylan the rabbit dress up as a paratrooper. 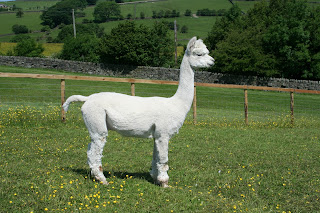 We have been rummaging in our collection of 3 years fleece and have now got some firm plans that we will detail later.  Our boys are doing us proud - great quality ! 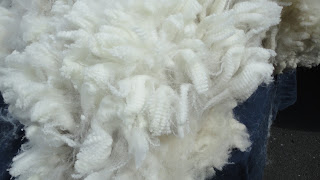 In the mean time - we have rather more second cut than we have need for. Free to a good home - but you will have to collect.  Leave a comment if you want any.