Its been a bit grim up north (well, when I started writing this blog it was !)  Cold, rain, wind, no grass.  But there have been a couple of chances for the boys to entertain friends young and old. 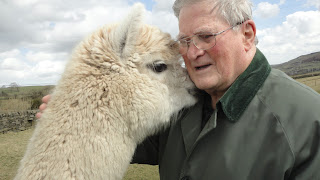 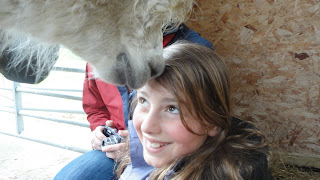 Zoe is checked out by Fin and declared to be safe 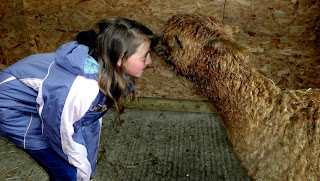 So time to get acquainted with the little boys 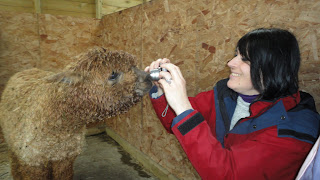 Vicky wonders why all her photos came out blurred

We reported that Kenzie had taken a step forward as leader.  It turns out Fin had tooth ache from a back tooth that had not quite come away cleanly.  He was so sweet, he dropped his usual 'front' and sought us out looking for help. He was soon sorted and leader of the pack again . 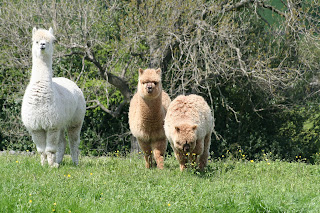 Fin's job is to prance about being in-charge.

It was time for Ben the shearer to turn up. 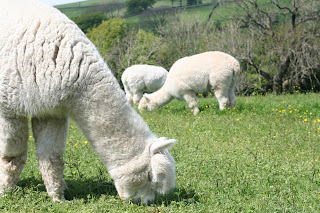 So here is a last 'fluffy' picture.

It remained a bit grim.  Very cold for the time of year and damp too..So the boys had to spend the night before their hair cut in the shed.  They went in a bit damp and with all their fleece we were expecting them to be a little sweaty. So it was up extra early to give them a bit of an airing in the yard. 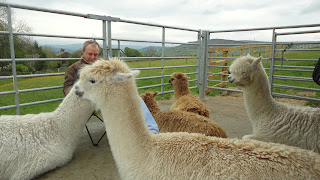 Not often Andy sends emails at 5 a.m. from a field 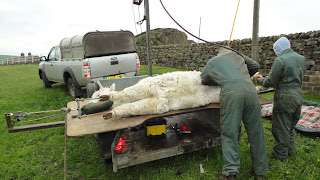 We were being daft softies we were worried about wee Dougal getting cold.  Ben laughed, and got on with the job. 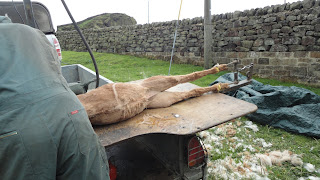 'The last Chicken in Sainsburys' 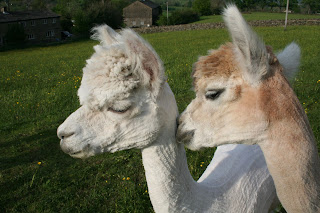 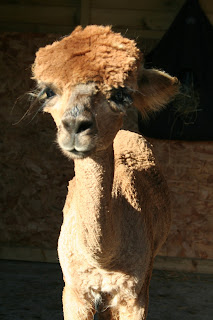