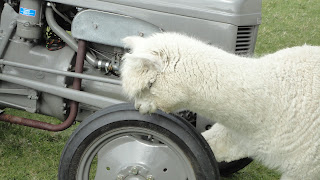 And to sign off.  Despite his passive demeanor, smaller stature and low standing in the group.  Noah has the most to lose - he's well endowed down (back?) there !
Posted by Andrew at 23:50 5 comments:

Blog writing is one of those things, the longer you leave it the harder it is to pick up again.  And we have left it rather a long time.  Each time I think about it I think through the whole back-log of ideas and then I think its too daunting to do.  Well - now or never, then I can get back to a more regular schedule.

So let me cast my mind back.  Early in the year I always go to Las Vegas for a trade show.  I hate the idea of Vegas.  Its made of plastic and nothing is real.  Over the years I have come to accept it for what it is and be more comfortable, but it's still fake.  One treat is the flight home, I usually leave in the late evening and make sure I get a window seat and watch the sun go down hitting the canyons and massive sandstone features in the desert and making them glow.  Stumbling off the plane the next morning, and chugging round Manchester on the M60 I even sometimes wonder if moving back to the UK was such a great move, the wildlife and geography in the USA is really something else.  Then a mile away from home this vista came into view. 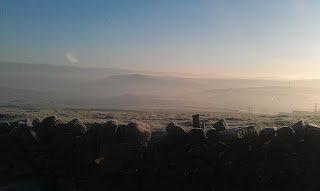 Somewhere in the vale of mist is our house and my boys were waiting.  Nothing fake here and glad to be home where the boys seemed pleased to see me. 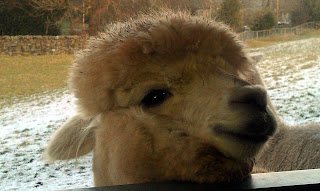 Time passes and routines are now well established.  So there isn't much news.  Hay consumption rose to a bale a week at the coldest times.  Poo picking in the frost becomes easier as long as you don't let it thaw and re-freeze (that lead to broken rake syndrome).  So perhaps all this routine means that the boys are under stimulated?  Perhaps they need something to enrich their experience of life?

Hmmm, Whats going on down there ?    She seems to be standing on something


Football antics aside things were dragging on and it was time to have a break.  So a quick trip away was called for leaving the boys in the capable hands of our Alpaca minder Julie (I really don't think anyone could be better at it !)

Gallicia - North west Spain.  Sea, Food , Castle (not fake , no plastic) Best of all - There was a Sausage festival ! 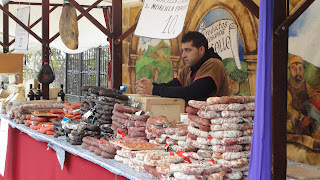 Winter eventually gave way to a wonderful patch of spring time.  The grass started to grow and things sprouted. 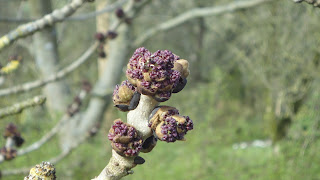 A mole provided a hill for the boys to roll on.

Have you ever noticed that Dry Stone walls have a sticky out stone every few feet.  Some say its there to provide extra strength, some say its so you know how much to pay the waller.  But I know what they are really for.. 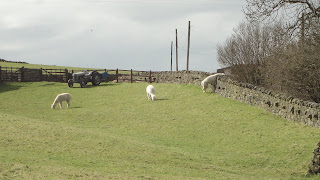 They are there to give your Alpaca a leg up so he can reach over and munch on the nice new Bramble shoots !  Its only Kenzie that shows any interest in the over the wall delicacies.

And then Winter came back again. 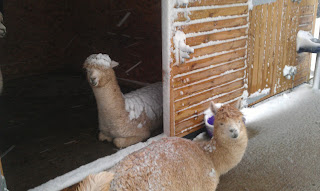 So that's more or less up to date.  Except for a decision that resulted in very near miss for the boys ... That deserves a blog of it own.