Andy and I initially just asked for two brown boys, preferrably friendly, to complete our little herd.  We didn't know how lucky we were with our new Beck Brow boys until we went up to see Hamish and Dougal at their current home in Cumbria last Saturday.

Well to be fair Dougal was already adored from afar because first of all he is the brother of our lovely Noah, and secondly he was the galant and caring boy who looked after a poorly Sox in Barbara's blog of a few months ago.  Who could not love this boy.. The full story on Barbara's blog 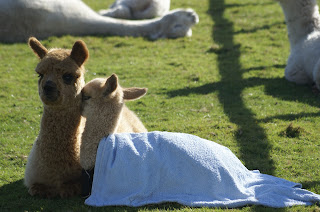 Dougal (aka Domingo) with Sox who was suffering with colic.
Dougal is the younger of the two boys, and is still in with his very protective mum, so we didn't get very close, but managed to get a couple of photos. 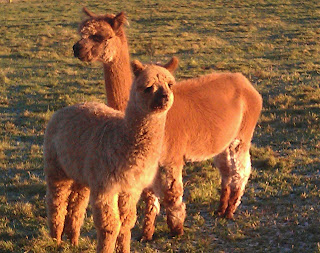 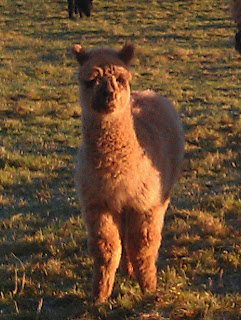 Dougal has his serious teddy bear face on
Hamish was in the weanlings group, who all came bounding up when we entered their paddock, still missing Mums a bit we thought.  Hamish was friendly and fairly confident and gave me two kisses (which really only means he allowed me to touch his nose with my nose, thereby giving him the chance to sniff me out..) 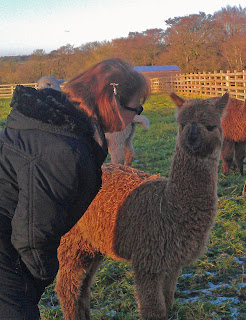 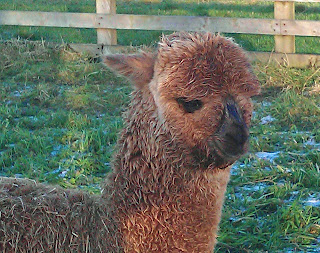 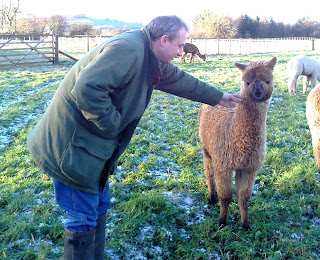 Hamish was a little more cautious with Andy.  We couldn't be sure if his
cute black feet were permanent, or just thanks to the muddy conditions.
We thought both boys were adorable, gentle and bright, and we can't wait to get them home.﻿
﻿
﻿
﻿
Posted by Bev at 23:16