Post two in our rapid fire catch up series.  Remember a past post where I put up a picture of the shed while still at the concept stage ? No ? Just to remind you here it is. 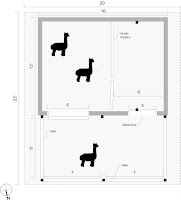 At the time such planning gave us something to do while the boys grew up but mostly was intended to amuse Barbara and Paul, who humoured us and entertained our fussing very patiently.

Things progressed and the sketch turned, more or less, into reality.  We thought we had covered everything until the planning man knocked on our door.  It turns out we should have sought permission.  Apparently the concrete base wasn't the problem, and the mobile field shelter on its own wasn't an issue per se.  It would seem however that the sum of the parts demanded some bureaucratic attention.

Two choices.  rage against the machine or play the game. We decided to play the game and take the job on ourselves rather than engage an agent.  Out with the CAD package, read up on the regulations, visit the planners, buy large scale OS maps. Measure and re-measure.  Fill out the forms.  Make the statements, fill out the form again, adjust the plans.  Pay the fee and hope.

So more reasons to keep quiet.  Worry, and not wishing to upset the apple cart.  Failure really was not an option.  The boys have to have a shed for their welfare. It can get wet and its always windy here as we are on the top of the Pennines at just under 1000ft. and the wind accelerates as it comes over the top.

So the sketch turned into a drawing (actually 2 drawings, a plan, a map, a form, a document or two .. )

But I am happy to announce that all is well ! Planning permission granted !  If anyone wants a copy and some advice - let me know.

Work on the shed was on hold while the decision process was in-work so the first thing was to finish up some elements and the time to do it was while Timmy was at hand to wield a rake. 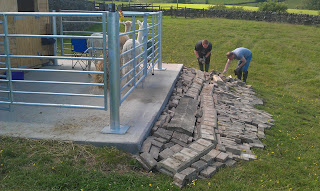 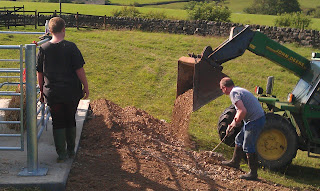 Hang on, Who is holding the rake here ?
After all that hard work it was time for a 'bit of a do' to celebrate.  The shed was decorated inside and out. 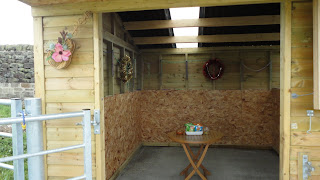 Note the raffia, gold banjo - one of a pair.  A collectors item if ever there was one.  Sadly now removed from public display to our secure storage facility. 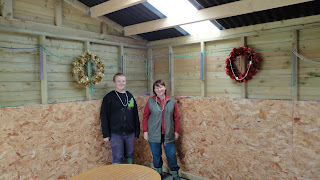 The interior design team
Suitable provisions were made available in the feed-store area (aka 'The Camel Bar'). 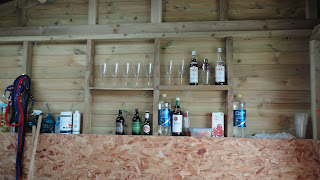 The guests of honour were seated. 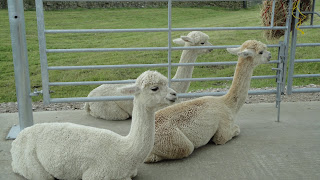 "I tell you boys, you are better off this side of the fence.  A couple of drinks and it will all kick off"
The VIPs were gathered 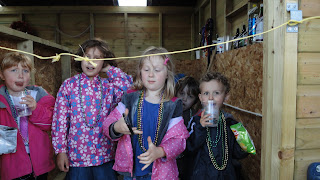 "Unaccustomed as I am to Public Speaking" (and sharp pointed scissors) 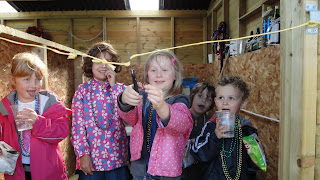 " It gives me great pleasure" 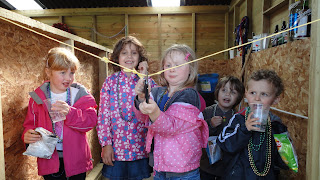 "Without more ado, to declare the Camel Bar ..." 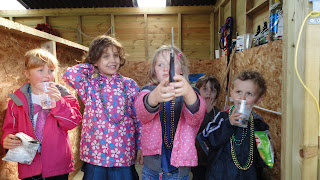