Philosophy (of the Poo Pile)

I was going to write a long 'think piece' tonight.  It was going to reflect on why Kenzie is actually a lot more approachable when 'locked in' by the new shelter gate than he has been previously.  I was going to take a photo of him behind his bars and I was going to tell you all about the friend I had in college who was into philosophy and who told me about the man who fitted bars on to the inside of his home, declaring that he was the only sane person in the world and the rest of us were in an asylum.

But then something else came up.  The poo pile has been well established on the archery pitch.  Despite regular and scrupulous poo picking the boys have burned a hole through the grass.  So today we decided to move them away from the worst of it and see if we could get the grass to re-grow.


Bev carefully constructed a cordon around the offending patch. 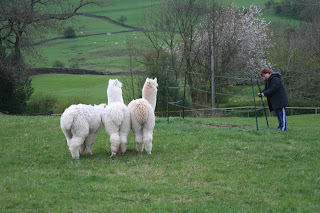 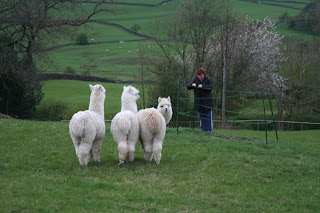 Andy ! Andy !  Tell her will you ?  It just ISNT right !
Time passed, we left the boys to get used to the idea, ate tea and looked out upon this ... 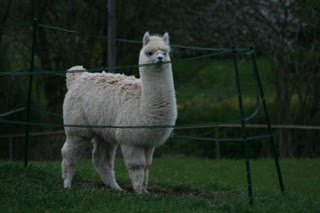 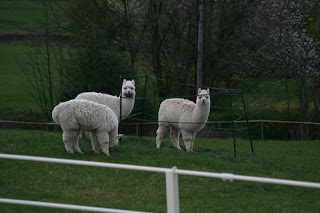 Hey Fin hurry up in there ! Its my turn next says Noah
So what started as a day of high philosophical reflection, ended up with toilet humour.  But there is someone on the wrong side of the bars !
Did someone mention it was good to see a bit of Yorkshire ?  Thought I would add this.  We are very lucky to live here and have such fun with the boys. 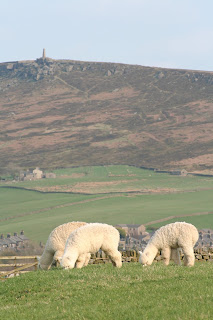 Eeee By Gum Lad -Its like Cumbria but with Flat Caps and Jobs
Posted by Andrew at 22:37